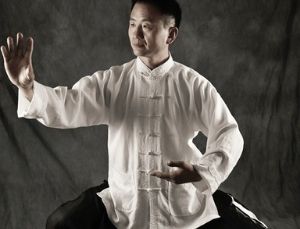 Meet Jack, who has 40 years of experience in Chinese martial arts. He’s studied Kung fu at a Shaolin Temple and practiced Qigong meditation in the Wudang Mountains. Growing up in Chengdu, China, Jack began his training at the young age of 6. By the time he was 10 years old, he was a member of the Chengdu martial arts professional team. He then went on to study martial arts and sports rehabilitation at the Chengdu Sport University.
Jack has served as a martial art instructor to the police. He has also taught classes at the Shanghai Martial Art School, and at the Chengdu Tai Chi Museum, where he served as an instructor of Tai Chi and health preservation.
Jack was also an instructor of Chinese medicine for the Chinese Academy of Sciences. He is a certified practitioner of the Chinese internal strength massage and the One Finger Zen Massage (received by the ShanghaiUniversity of Traditional Chinese Medicine).

Be first to get the program.

Add your email and be first to get the 2022 program straight to your inbox.